Spark plugs for the Kizashi

Let others know about your performance modifications, and help members find the parts they want.
Reply

#31299  by KuroNekko
Tue Aug 19, 2014 3:47 am
In terms of performance, it's condition that matters more than material composition. It's the material that determines how long a plug can maintain optimal performance. This is why plugs like the IX exist. It's simply fact that a Laser Iridium will not give you any noticeable performance over an IX or even a copper V-Power if they are all new. The main difference is how long they last. This is also why some enthusiasts opt for cheaper plugs and simple replace them more frequently while OEMs prefer the expensive long-life Iridiums to reduce service intervals.

About the only time I've ever heard of spark plug material making a difference is with platinum spark plugs and nitrous. Apparently, they aren't very compatible.
2011 Suzuki Kizashi Sport GTS 6MT (Black)

#31323  by KuroNekko
Tue Aug 19, 2014 5:13 pm
I only bother with Bosch parts for German cars like the VWs in the family fleet. Bosch makes the best parts for the VW bus as they were the OEM. About the only Japanese parts I have on it are the KYB shocks and that's mainly because I couldn't find any other brand that still made shocks for the VW bus that were reasonably priced. The good German shocks had to be ordered from Europe.
Given the age of the vehicle, not many Japanese parts companies make components for European cars like that.

I currently have Bosch Platinum plugs in the VW and it runs great. It's the older kind that has the ceramic up to the tip with a single ground electrode. I've also read about multiple ground electrode plugs causing problems in various cars. Some say that these plugs are only suitable in European cars and that they cause issues in American and Japanese cars. For reasons such as this, I like to match the parts maker's nation of origin with the car's nation of origin.
2011 Suzuki Kizashi Sport GTS 6MT (Black)

redmed wrote:I have been using NGK's for quite a few years now. That's why I'm concerned about the Autolite plugs I got, but getting the Autolite's for almost nothing is worth a try. As for American plugs for American cars, I have had NGK Iridium's in my Oldsmobile Silhouette for 80K+ miles without a problem. I put them in the Olds because it is not fun putting plugs in the back bank of cylinders, you have to be a contortionist to install them. Iridium being good for 90k miles sounded like just thing to put in. I'm going to test how long they last in that minivan, unless I replace it with another minivan or SUV. I have been looking for another vehicle we can sleep in. That VW bus would be ideal but since they don't make them anymore I don't want to put the effort into restoring one.

I have no doubt NGKs are great in your domestic. The main reason I've installed domestic-branded spark plugs in domestic vehicles is because plugs from Autolite, AC Delco, etc. were simply readily available and usually on sale. Overall, NGK is my favorite spark plug brand so if I can find their plugs for any car, I'd go with them. That being said, my main deciding factors are price and availability much like when you got your Autolites. I went with Bosch Platinums for the VW because they were on closeout on rockauto for about 70 cents each.

I hear you with installing plugs on a transversely-mounted V6. It's a real pain. I've had to do it to a 3100 V6 in a Chevy Corsica once. It was not fun.

In terms of camper vans, these things are rare and usually expensive. VW made them in vehicles after the Type 2 (better known as the VW Bus or Kombi) so you can get a VW Vanagon with the Westfalia camper package. The VW Eurovan that came after the Vanagons also had a pop-top camper option. The bad thing is that they are either trashed or very expensive.

I see a lot of conversion vans for domestics like the Chevy Van but camper versions seem rare. It just seems like Americans rather tow a camper trailer than drive a camper van.
There's always the Pontiac Aztec as a quasi-camper, but it's also one of the ugliest things ever made on four wheels. However, owners love them and they even have tents that attach to the rear of the car. They are also available in AWD.

Lastly, there's talk of a new Mercedes Marco Polo. This is a Benz V-Class van with a Westfalia camper treatment. It's like a modern luxury version of the VW campers like mine. These are offered in diesel engines so the range, fuel economy, and towing capacity should be impressive. However, it's a Benz so prices will probably be high, assuming they even come to the US. 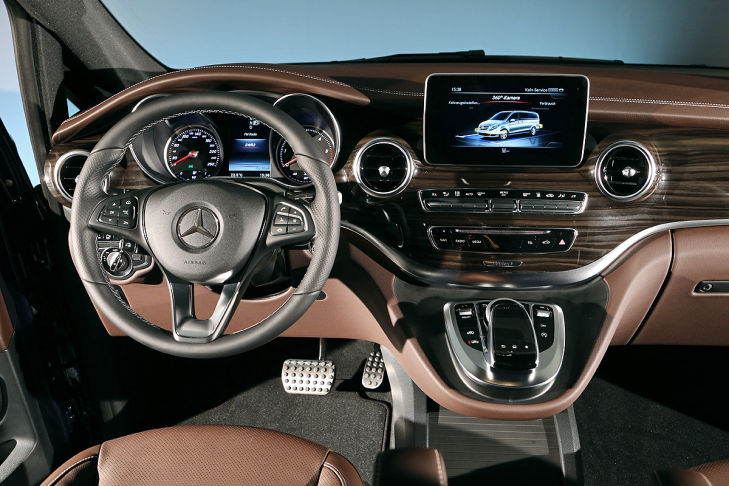 redmed wrote:I have had a poor experience with multi electrode spark plugs in the past. In a quick search I found this on the SaturnFans Forum (Re: Bosch Platinum +4 Spark Plugs bad?):
"I'll use my 5 years of wrenching at the local Saturn dealership, my Factory Training, and the thousands of misfires that I cured when Platinum plugs of any type were replaced with the proper copper plugs as enough evidence that they simply do not agree with the waste spark ignition system used on the 1.9L Saturn engine."

Not just Saturns, not Platinums, not multi electrode. In my experience, Bosch plugs simply fail, quite a lot.
Alcohol, Tobacco, and Firearms
Should be a convenience store, not a government agency

#31353  by redmed
Wed Aug 20, 2014 9:50 pm
The multi electrode spark plugs I had trouble with where Bosch and a Bosch oxygen sensor failed within a year, so I have avoided Bosch since.

redmed wrote:That Mercedes Marco Polo looks like it would be just what I'm looking for except I would also like AWD. So far a Toyota Sienna AWD is high on my list except I'd like more ground clearance. After watching "Hell Hotel" we can't stay in a hotel again.

Sounds like you need a VW Vanagon Syncro. These bad boys are 4x4 and can go all over the place.
I once met a Canadian man with one who put in a diesel engine and ran bio-diesel. He drove it from Canada down to California.

On the last 4th of July, I went camping at the beach on the Maryland shore. On the campgrounds, there was a Vanagon Syncro and a Eurovan which were both campers.
So with my VW bus, all three generations of VW campers were present. In obligatory fashion, the owners of the other two VW campers (they didn't know each other) came up to me and introduced themselves separately. They said I won the "coolest VW" title out of them.

Here's a picture of a Vanagon Syncro. "Syncro" is the name of their 4x4 system.

#31404  by redmed
Thu Aug 21, 2014 10:32 pm
Looking at that VW Vanagon Syncro makes me realize that we probably will not see vehicles like that anymore. Not with all the MPG and safety requirements vehicles have to built to now. I sure the VW Vanagon Syncro bumpers don't pass the 5 mph bumper requirement and probably many more MPG & safety requirements, if it was built today. With more requirements coming in the future most vehicles will probably end up designed and looking very similar. That is one reason why I like my Kizashi. It is different enough to have inquiring stares while driving down the road and comments while stopped.
64 Galaxie 68 Olds 442 65 Impala 70 VW Bug
74 Nissan B210 66 Chevelle 73 Olds 98 71 C20
75 Monza 82 Escort 75 E150 75 Civic 76 Accord
86 Escort 87 Taurus 83 Chevy G20 85 Ranger 4x4
93 F250 4x4 95 Silhouette 95 LHS 03 Corolla 10 Kizashi S MT
17 Sienna